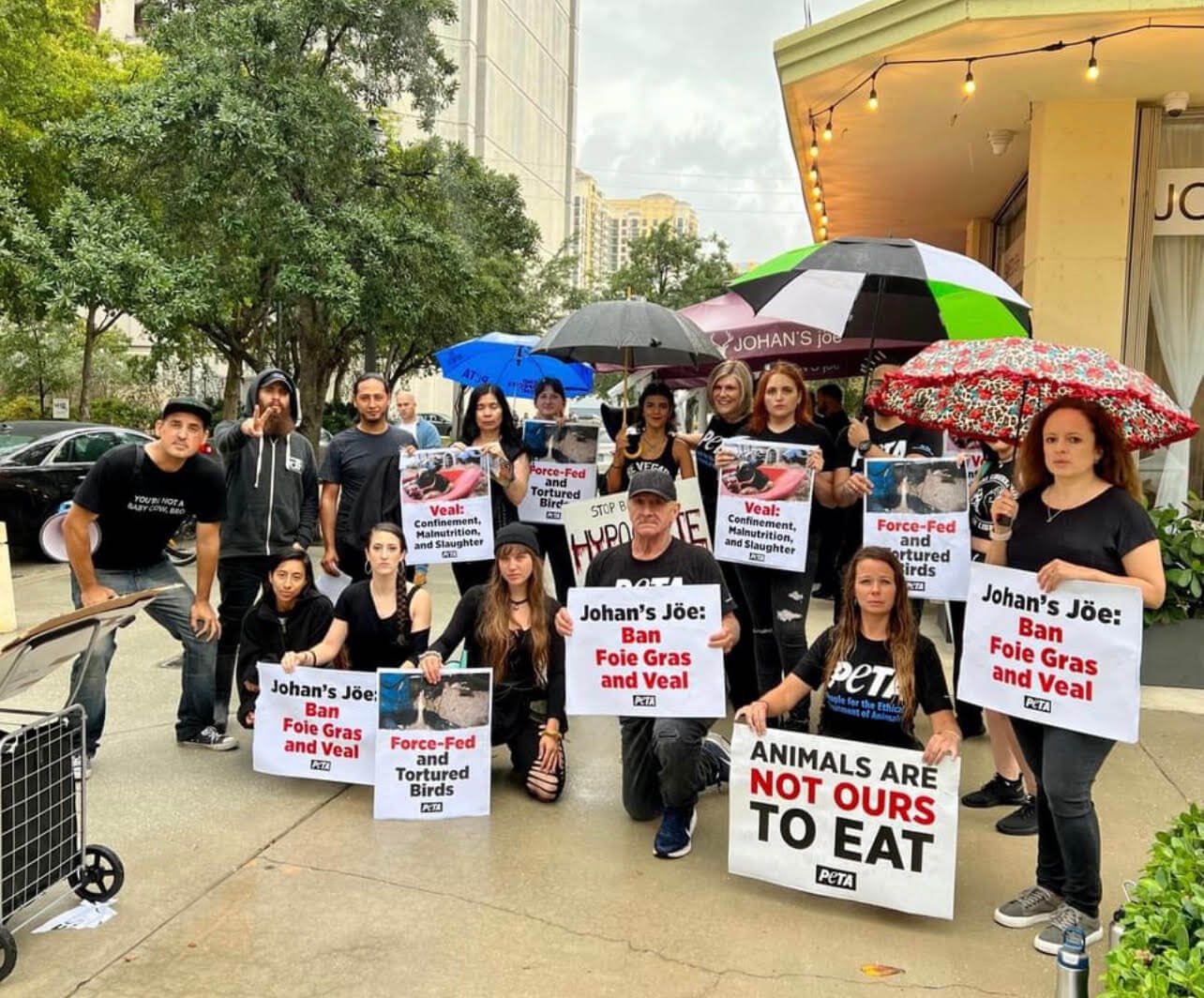 It’s a big day: Two restaurants—Nido at The Loren and Johan’s Jöe—just confirmed that they’ll be removing some cruelly produced dishes from their menus. They’re both pulling foie gras, a vile dish that’s made by torturing ducks for their entire lives—and Johan’s Jöe is nixing veal (baby cow flesh) as well. Compassion is always a better look than torturing and slaughtering animals, so we applaud the restaurants and those who helped achieve this victory!

Nido at The Loren, a new restaurant in Austin, Texas, decided to change its menu before its grand opening, after PETA reached out privately and informed its management of the horrors of foie gras.

Johan’s Jöe, though, was another story. The popular Swedish restaurant in West Palm Beach, Florida, required a little more work, removing foie gras and veal only after six months of dedicated campaigning by informed community members. SoFlo Animal Rights organized several demonstrations at the restaurant and urged the owner to remove these products of extreme cruelty.

The Evil of Foie Gras Production

During foie gras production, several pounds of fat and grain are pumped into birds’ stomachs every day through tubes shoved down their throats, causing their livers to swell to up to 10 times their normal size. A PETA investigation into a foie gras producer in New York found that a single worker was expected to force-feed 500 birds three times each day, a head-spinning pace that frequently left birds injured and suffering. So many ducks died from ruptured organs due to overfeeding that workers who killed fewer than 50 birds a month were given a bonus. Other investigations into farms in the U.S. and Europe have revealed sick, dying, and dead animals, some with holes in their necks from overfeeding injuries.

Foie gras production has been outlawed in more than a dozen countries as well as in California, and numerous companies—including Costco, IKEA, Sam’s Club, Target, and Whole Foods—refuse to sell it.

All Animal-Derived Products Are Vile

Foie gras and veal are exceptionally cruel to produce: They’re supervillain material, so to speak. But at the end of the day, forcing animals to suffer just so humans can eat them is downright cruel. Your body, the Earth, and our fellow animals can all thrive without subjugating living, feeling beings to miserable existences. Order a free vegan starter kit from PETA today to get started: