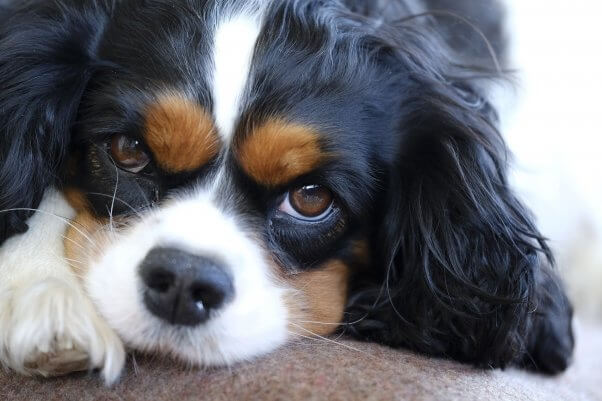 The Cavalier King Charles spaniel is one of the unhealthiest dog breeds in the world. They were deemed to be suffering so greatly from health problems that the Oslo District Court banned the breeding of Cavaliers in Norway altogether, as their propensity for unhealthiness was considered to be a violation of the country’s Animal Welfare Act. But why does this breed have so many health problems?

All Cavaliers and Cavalier mixes originate from just six Cavalier King Charles spaniels who were inbred to restart the breed after World War II. This inbreeding is likely what has led to the prevalence of certain genetic health issues and diseases within the breed. Because the conditions are genetic, dogs mixed with Cavalier King Charles spaniels, like the “Cavapoo” (a Cavalier-poodle mix), are still likely to inherit health issues. Cavaliers, like all dogs bought and sold, are exploited from birth to line the pockets of breeders who don’t care if the dogs endure painful conditions.

What Health Problems Do Cavalier King Charles Spaniels and Cavalier Mixes Have?

Studies have estimated that more than 90% of all Cavaliers have a malformation that squeezes their brain through the foramen magnum, the hole at the back of the skull. This blocks cerebrospinal fluid from flowing properly, and the abnormal pressure creates fluid-filled cavities, or syringes, near the brain. The disorder, called syringomyelia, causes dogs to yelp in pain after sudden changes in posture and to scratch their ears, chest, neck, and shoulders uncontrollably. Humans suffering from this condition describe feeling like insects are crawling on their skin, with the most extreme pain akin to severe burning. Dogs may also lick and chew their paws, shake or rub their head, and experience weakness, poor coordination, and scoliosis (curvature of the spine). Once the pain begins, it tends to last throughout the dog’s life. There is no cure for syringomyelia.

Cavalier King Charles spaniels are a breathing-impaired breed (BIB) and are more likely to suffer from brachycephalic obstructive airway syndrome—a disorder that greatly limits a dog’s ability to breathe—than other types of dogs. Going for a walk, chasing a ball, running, and playing—the things that make dogs’ lives joyful and fulfilling—are impossible for many BIB dogs.

Mitral valve disease (MVD) is the most common cause of death of Cavalier King Charles spaniels. This disease, which begins as a heart murmur and progresses to heart failure, occurs in Cavaliers roughly 20 times more often than in other breeds. More than half of all Cavaliers develop MVD by age 5, and most show signs of the disease by age 10. It has a serious effect on quality of life, causing severe discomfort with breathing difficulties, breathlessness, and coughing. Most Cavaliers die less than two years after the onset of heart failure.

A much less deadly but remarkably painful health problem that Cavalier King Charles spaniels and Cavalier mixes are susceptible to is ear infections. Inner ear infections are common in Cavaliers, likely because the shape of their skull causes poor drainage and leads to fluid accumulation in the inner ear. The infections cause intense pain from pressure on the ear drum and may result in a head tilt and even facial nerve damage. Thanks to Cavaliers’ long, drooping ears and skin allergies, they’re also highly prone to chronic, painful inflammation of the ear canal. Severe cases may require surgery to remove the outer wall of the ear or the entire ear canal. 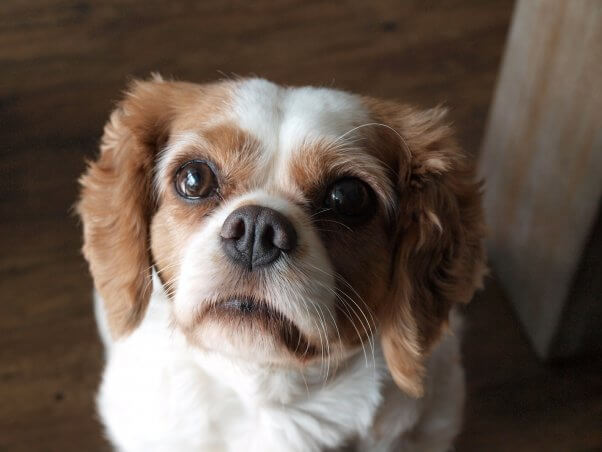 Cavaliers and Cavalier mixes are also predisposed to several types of eye problems that can be very painful and lead to blindness. They’re predisposed to develop dry eye, which results in damage to the surface of the eyes and makes them prone to infection. Dry eye is often accompanied by a skin condition that leads to scaly, itchy, and sore skin. Some Cavaliers also inherit a disease called progressive retinal atrophy, in which the eyes are genetically programmed to go blind.

They Suffer From Hip and Knee Problems

Hip dysplasia, resulting in arthritis and severe pain, occurs when the femur and pelvis grow at uneven rates, which causes looseness in the joint. At least 15.5% of Cavaliers suffer from this inherited condition, but the true number is estimated to be double the documented rate. Cavaliers also have the second-highest prevalence of patellar luxation (kneecap dislocation) among dog breeds. Because their leg bones grow abnormally, the kneecap tends to become displaced, causing painful stretching of ligaments as well as osteoarthritis. 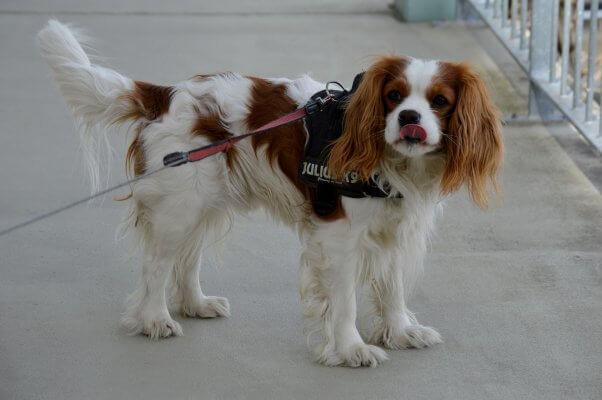 Should You Buy a Cavalier King Charles Spaniel, a Cavalier Mix, or Any Other Dog?

Buying a Cavalier King Charles spaniel, a Cavalier mix, or any other dog means that a dog in an animal shelter loses a potential family. If you have the time, money, patience, and love to care for an animal for life (which could be for more than 15 years), please adopt one from a shelter.

Did You Buy a Cavalier King Charles Spaniel Who Suffers From These Ailments?

Many “purebred” dogs become ill, suffer from emotional or psychological disorders, or die prematurely because of traits they were bred to have in order to meet standards set by the American Kennel Club (AKC). If you purchased a Cavalier King Charles spaniel or a member of another AKC-registered breed who struggles with their health or psychological well-being or who died prematurely, we want to hear from you.

Does Your Cavalier King Charles Spaniel Suffer From These Ailments? Let PETA Know

Vegans to BBQ a ‘Dog’ on Pioneer Day