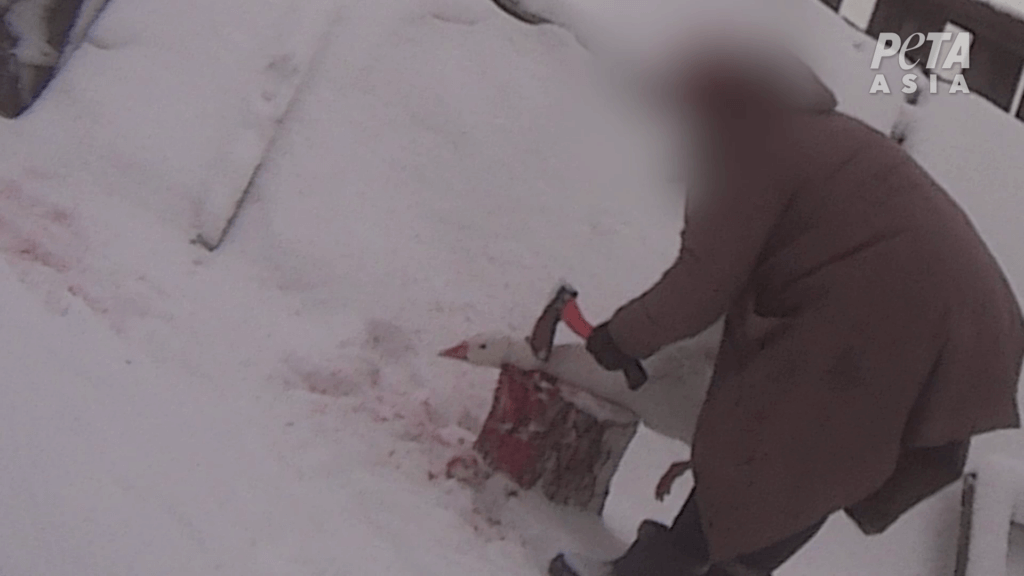 PETA Asia’s investigators were taken to the farm where the slaughter was documented by a representative of a Russian company that produces up to 44,000 pounds of down every month. The investigators were told that down bought from the Novosibirsk region is RDS-certified. This was news to the farmer, who, despite claims from the company representative, said her farm is not certified. However, because her farm falls within the certified region, the company representative confirmed that the down from the geese seen in this footage would still be sold as Responsible Down Standard–certified.

The RDS claims to follow the production of down from “farm to product,” but the representative said that auditors don’t ask farmers how the geese are raised. If the auditors are locals, “They don’t even have to ask,” he said. “They know how the birds are kept.” The RDS certification procedures allow entire “farm areas” to be certified by auditing just a sample of a given area. That means that RDS administrators may not know what’s taking place on most farms when certifying entire regions.